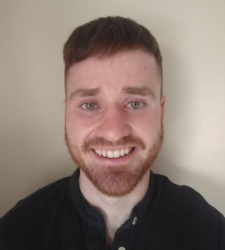 Eoin Cunningham
Eoin is a freelance writer who compares, contrasts, and reviews digital products. He is studying to complete an MSc at the National Univerity of Ireland, Galway (NUIG), in Digital Marketing.

Eoin completed his undergraduate degree at NUIG - a BA studying English and Geography and graduated with a BA (Hons) 2:1 grade average. His interests include fitness, eCommerce, and all things human geography. Oh, not to mention his dog, Theo!

That’s why today I’m going to be comparing two of the most popular, managed WordPress cloud-based hosting platforms around – Cloudways and WPEngine. I’m going to do my utmost to provide you with the best information I can so that you can make the right buying decision moving forward. And, hopefully, save you a hosting headache.

But first, let’s take a look at some of the main differences between Cloudways and WPEngine.